“A debut of remarkable formal precision, Valentyn Vasyanovych’s Atlantis is an urgent yet highly controlled dispatch from the war-torn Donbass in Eastern Ukraine. Set five years into the future, this all-too-real dystopia uses a series of distanced, compositionally rigorous frames to follow Sergiy, a Ukrainian soldier suffering from PTSD as he tries to restart his life amidst these scourged, uninhabitable lands. Rather than foreground the in-the-moment battle between Russia and Ukraine, Vasyanovych instead powerfully depicts the inevitable aftermath, marked by economic and ecological degradation. Yet somehow, through a new volunteer job exhuming the dead, Sergey finds an unexpected path back to humanity.” – Film at Lincoln Center ATLANTIS is stunning to watch. Sensitively observed and meticulously crafted. A remarkable piece of filmmaking. A remarkable piece of filmmaking from an exciting emerging Eastern European voice.” – Nikki Baughan, Screen (in Ukrainian w/English subtitles) 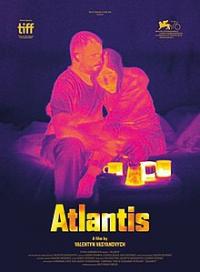 In 1971, the late, great Albert Finney played Eddie Ginley, a bingo caller in Liverpool who dreams of being a private detective.

“Daveed Diggs and Rafael Casal wrote and star in this earnest and anguished comedic drama, set in Oakland and centered on black Americans’ mind-bending fear of prejudiced and trigger-happy police o